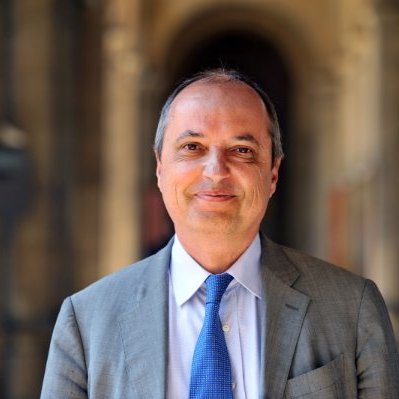 Thomas Durand is chaired professor of Strategic Management at Cnam in Paris where he heads the Management-Innovation-Prospective Department and the MBA.

How is research assessed in France?

The assessment of Management research in France varies according to the academic institutions.

1-In the classical university system, evaluation of research teams (or “laboratories”, or departments) is conducted by AERES, a public agency in charge of evaluation.

However individual researchers are evaluated by the committee of CNU in charge of management. CNU is the body (partly elected, partly appointed by the French ministry in charge of universities and research) that used to manage the promotion of university professors nationally. However, as universities have gained more autonomy, the career of management faculty can now be managed locally, while relying – or not- on CNU committees for the research assessment.

2-Grandes Ecoles (HEC, ESCP Europe, ESSEC, etc) are elite schools for management education and research. They stand apart from the university system. They do not call upon CNU nor AERES. They run their own internal assessment exercises. They tend to pay more than universities and can offer financial bonuses for starred publications. They primarily run in the race for rankings in the media.

3-Since the 1930’s, France developed large research centers apart from universities. That led to the emergence of CNRS (covering most of science, 27 000 people) as well as CEA (nuclear research), INRA (agronomy), INSERM (medical) INRIA (Automatics ad robotics) and about 15 other similar bodies – although somewhat smaller. Each of these had developed their own research assessment process for individuals while AERES entered in the loop for assessing research units. CNRS generated an assessment body called the committee for NRS, hence called CNRS as well. This body has a department for both Economics and management – where economists have the lead. This body, using the name of CNRS, became very influential, e.g. issuing the first list of journals in management that is still used as a reference in many places.

As it appeared that the disconnect that France had created between research (the production of knowledge) and teaching (the dissemination of knowledge) was counterproductive, most of these larges research bodies were lead to choose to fund research teams within universities and Grandes Ecoles. As a result, the research assessment processes they used did penetrate the world of universities and Grandes Ecoles. This applied to management research as well.

The result is a mix of overlapping assessment processes and bodies in France.

From your perspective, which are the main problems related to research assessment in France?

Over the last 10 to 15 years, Management research has been under heavy pressure to deliver more publications. This was a strong boost for the field in France. It had positive effects. Yet, increasingly the leading institutions in management research, typically the Grandes Ecoles, have been primarily concerned by their ranking in the media, not so much by the relevance of the research conducted and published by their faculty. That led to the de facto emergence of standards of quality that had more to do with the quantity of papers published in so-called starred journals, typically anglo-saxon, than with the quality and relevance of the new knowledge produced.

This trend led to favor main-stream research, papers more than books and manuals, English more than the native language, speed for more papers (PhD based on articles, not on a fully developed thesis), quantitative more than qualitative papers that take too long for the same “count”, etc.

The balance between teaching and research started leaning essentially on research, as if teaching was no longer a priority. A lot was also partly lost along the way: the social impact of research, the scholarly enquiry or the involvement in the institutional life of the university.

In a way the French academic world of management research and education, like many other similar communities of management professors in Europe, started a mad race to catch up with our American cousins.

How does the assessment process affect behavior of researchers?

The focus of management academics in France is now primarily on research – I should even say, sadly, on publications. Young colleagues are investing all their energy, intelligence and time in the race for starred publications. And we count numbers of stars instead of reading the content of the papers. Team spirit, academic debate and institutional commitment have been lost along the way. Some have used the word “mercenaries” to describe the new behavior of management academics.

What should we do to have better research in Europe?

We are trapped in a “lock-in” situation where the rankings impose their logic onto Deans, who in turn put pressure on faculty to publish in starred journals thus reinforcing mercenary behaviors. We need coordinated strategies to get out from the lock in.

Typically, if a group of influential Deans in Europe were to decide that books are rehabilitated as an important vehicle for academic work in management, then books would be considered again in research assessment. One Dean cannot do it on its own. But collectively, Deans can do it. The same apply to professors.

What should business schools do in this respect?

In our books on the “Future of business schools” (Palgrave Macmillan, 2008) and “Redesigning management education and research” (Edward Elgar, 2011), Stephanie Dameron and I argue that European Business Schools should stop blindly running behind our American counterparts in a race to catch up.

We suggest that European BSchools would be better off offering the world differentiated contents in management education, building on some of the specificities of European culture, traditions in social sciences, public-private economic setting, etc. In fact, we advocate for a dual strategy: catching up and differentiating.

We further send a call for European management scholars to design and implement coordinated strategies to modify the institutional setting and the rules of the game that have been put onto us from the outside (and that we imported and accepted passively until now). We need to go back to more diversity in research standards, relevance, social impact, scholarly enquiry.

This can be done as long as we put our acts together.

ENVIRONMENTAL FINANCE FOR THE COMMON GOOD”

31mar01aprENVIRONMENTAL FINANCE FOR THE COMMON GOOD”

ENVIRONMENTAL FINANCE FOR THE COMMON GOOD”

31mar01aprENVIRONMENTAL FINANCE FOR THE COMMON GOOD”

link - https://www.ifkad.org/ The purpose of IFKAD 2022 is to understand the knowledge drivers affecting the organization’s capacity for resilience and transformation.

The purpose of IFKAD 2022 is to understand the knowledge drivers affecting the organization’s capacity for resilience and transformation.

Today, companies live in a complex business landscape that requires them to be more resilient, imaginative, intuitive, and flexible. Organizations are challenged to face the increasing complexity, turbulence, unpredictability, and competitive environment change. Many different forces and trends (re)shape the new business landscape, and the fast-evolving (digital) technologies and sustainable challenges are forcing breakthrough and disruptive innovations. To survive and prosper, organizations must transform businesses and behaviours to respond to the business landscape’s evolution, translating challenges into development and growth opportunities. Indeed, the current business landscape is characterized by continuous digital and sustainable transformational challenges. In this perspective, both private and public organizations need to generate, manage and exploit tacit, explicit and practical knowledge to drive and sustain transformation and stay competitive. Many different factors affect the creation of a transformational culture and make an organization resilient. In particular, the knowledge and intellectual capital assets represent critical drivers to catalyze, facilitate e support the development of an organizational transformative capacity and resilience.

At the 17th edition of IFKAD, we wish to extend our theories, findings, and business discourses about the nature, characteristics, and dynamics of knowledge drivers defining an organization’s capacity to embrace and govern digital and sustainable transformation and make organizations resilient. We aim to understand how knowledge management can support organizations to become resilient and transformative for sustainable organizational value creation capacity.

We look for your contribution to make IFKAD 2022 the forum and the place to advance our understanding of how managing knowledge organizations can face business and socio-economic challenges. The multidisciplinary field of knowledge man­agement can provide valuable insights to help leaders and managers to think and rethink their organizations to equip them with a knowledge management capacity to absorb and react to disruptions and crises effectively.

We trust the global coronavirus pandemic will be solved by the June 2022 and the restrictions will end. Therefore, we are planning an onsite event. However, we will be able to managed the event as a blended conference in case of any unpreviewed situation.

https://www.rndtoday.co.uk/event/2022-rd-management-conference/ 9-10 July, 2022 PhD colloquium Alberto Nucciarelli, the conference chair, says that despite the economic growth many countries have experienced over the last century, a wide range of inequalities have emerged.

Alberto Nucciarelli, the conference chair, says that despite the economic growth many countries have experienced over the last century, a wide range of inequalities have emerged. All of us now sense them when we look at the pressing environmental, health, social and economic issues that are confronting our society.

A multi-disciplinary approach to innovation is therefore crucial in order to:

Identify technologies in which to invest
Research the economic, social and legal opportunities and barriers to their adoption
Evaluate the implications of their diffusion for people and territories.
The 2022 R&D Management Conference will be a valuable occasion to let different types of knowledge converge and create a momentum to reflect on the types of value that innovation can generate.